The Enduring Call to Love 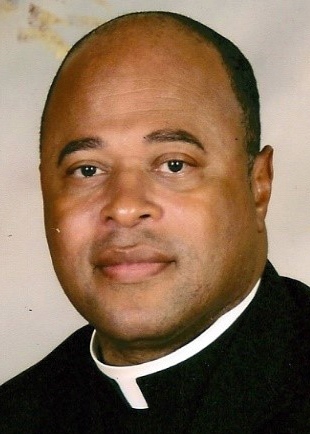 Very Rev. Michael Thompson hales from Sacred Heart Church, Port Arthur, Texas, formerly staffed by the Josephites Priest and Brothers. Fr. Thompson pursued an AAS degree in Architecture from Lamar University, Beaumont, Texas. He also received a Bachelor of Arts from Xavier University of New Orleans, LA. Fr. Thompson studied for his M.Div., at Dominican House of Studies while at St. Josephs Seminary, in Washington, D. C. In 2004, he was ordained to the priesthood. His first assignment was as parochial vicar of Corpus Christi Epiphany Church, New Orleans, L.A. After several assignments, in 2011, he was selected to serve as Vicar General of the Josephites. In the year 2015, Fr. Thompson was elected as Superior General of the Society. He became the 14th Superior General and the second African American to hold that position in the 126-year history of St. Josephs Society of the Sacred Heart (The Josephites). He is a devoted member of several organizations, including but not limited to the National Black Clergy Conference, Knights of Peter Claver, and the National Federation of Priests Council. Fr. Thompson is currently pastor of Our Lady of Perpetual Help Catholic Church, Washington, DC.

Return to Board and Staff Listing